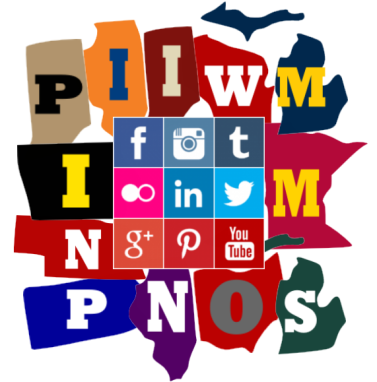 With social media becoming such a huge influence on college sports, we wanted to take a quick look at each Big Ten athletic department, with respect to football, and how they embrace (or not embrace, for some) social media outlets. We wanted to find out if there was a way to measure fan engagement in each of the programs and see a trend in the numbers.

For the scope of this project, we are using 2012 revenues minus any subsidies, change in attendance from the previous years and number of followers from six of the most popular social media outlets as of July 2013.

We would like to find if there is any correlation between the athletic departments maintaining active and robust social media accounts and success. Success is a very ambiguous term, so we’ll elaborate on that. Success here is defined as running a surging and viable program – meaning higher ticket sales and attendance, increasing revenues, and growing fan interest – not just the success on the field part, though that is very important and we are working on adding that part to the equation. We gather the data, plug it in the table and get a ratio – or a level of fan engagement – for each one of the schools and a basis score for the Big Ten.

For our report we counted the highest number of followers from six of the most popular social media outlets for each Big Ten school (either the athletic department or football team). The outlets we used are Google+, Facebook, Twitter, YouTube, Pinterest and Instagram. Yes, we know some of the schools aren’t using all of these outlets, but they probably will in the near future! From all six we got a total followers number.

Total revenues, in millions on our chart, were borrowed from this enlightening piece from USA Today. Yes, Northwestern is a private institution so we had to make an educated guess of their revenues. Attendance figures come straight from the NCAA. From all of the variables we came up with a ratio – an index to be precise – of fan engagement for Big Ten football programs – the first Big Ten Fan Engagement Index or the BTFEI, for short. The table below is interactive – you can click on any of the column headings to sort the data and get rankings by school. Our findings follow the table:

First and foremost, click on the column heading at the far right – the one titled B1G FE Index and sort them from lowest to highest – you will see our results. The lower the score, the more engaging the program is to the fans.

Now, scroll to the totals at the bottom. The index score for the Big Ten as a whole is 18.8, use this as the standard, or par if you will. The schools with an index score below this standard are above the curve, the others are below it.

Going forward, we’ll take regular measures of the indicators – social media channels, attendance, revenues, other variables – to see how they affect fan engagement. What we truly believe will occur, over time, is as a school builds on its social media, it engages the fans, the fans buy more merchandise, go to the games, maybe even go to school there. The program becomes more popular and it gets more people active in social media channels. It is a symbiant circle that feeds on itself. Today, social media marketing and strategy should be just as important to the athletic program and the school as selling tickets to the games.

Facebook has the largest number of users – over 80% of the total follows that we counted. Twitter and Google+ both have around 9%. The schools are really dropping the ball with Google+ (except OSU) and YouTube – these two social media channels offer the most opportunity for future growth.

If you take a quick look at the top five in BTFEI rankings, aren’t those the schools you would expect to see? Ohio State, Michigan, MSU, Wisconsin and Nebraska are definitely the “haves” in the B1G.

What about Penn State, though? Yes they are still financially stable and the athletic program is self sufficient, in that they receive no subsidies from student fees or the school itself, but what about long term effects. They are obviously lacking in social media follows – I would think that PSU would be top 3 in the Big Ten at least. Look at attendance, down every year since 2008. Penn State really needs to embrace all six of these social media channels to reach out to its fan base and get re-connected to them – they’re obviously losing engagement with the fans, the numbers don’t lie.

Maryland and Rutgers are in the study for future insight. Both covet the income and security the Big Ten offers. They ought to, each school received huge subsidies last year just to survive – Rutgers needed $28 million and Maryland, $17 million.

Yes we have an outlier – Northwestern’s numbers could be skewed a little bit. They are a private institution, so I could be off on the revenues. What I am not off on is the social media followers – get with it Wildcats and build some momentum online. More fans are coming to the games, now hit them in their homes and on their phones. Get them buying t-shirts and talking about contests on Twitter!

I could go on and on with findings, but I would rather have input from others below. Let me know if you see any indicators that stick out and please like this post below!