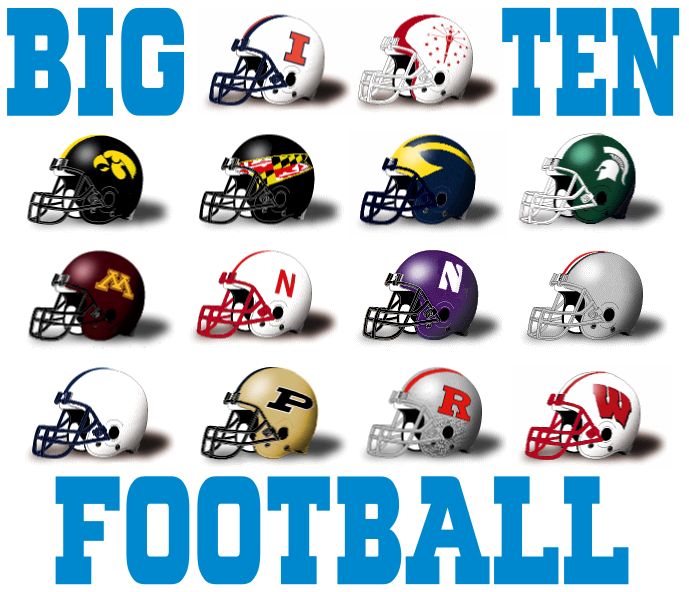 The Wisconsin vs Minnesota football game is the most played rivalry in Division I-A football, with 115 editions dating back to 1890.

All time won loss records for Big Ten Conference football teams by school as of the 2009 season:

Since 1946, the Big Ten Football champion gets a berth in the Rose Bowl game against the Pac 10 champion. The Rose Bowl is now a BCS bowl. The Big Ten also has affiliations with six non-BCS bowls. Picks are made after the BCS selections. If two Big Ten teams participate in BCS bowls, the bowl with the #2 pick will have the first pick of the remaining teams in the conference.