Memorial Stadium is a football stadium located in Bloomington, Indiana. It serves as the home football field of the Indiana Hoosiers Football team. 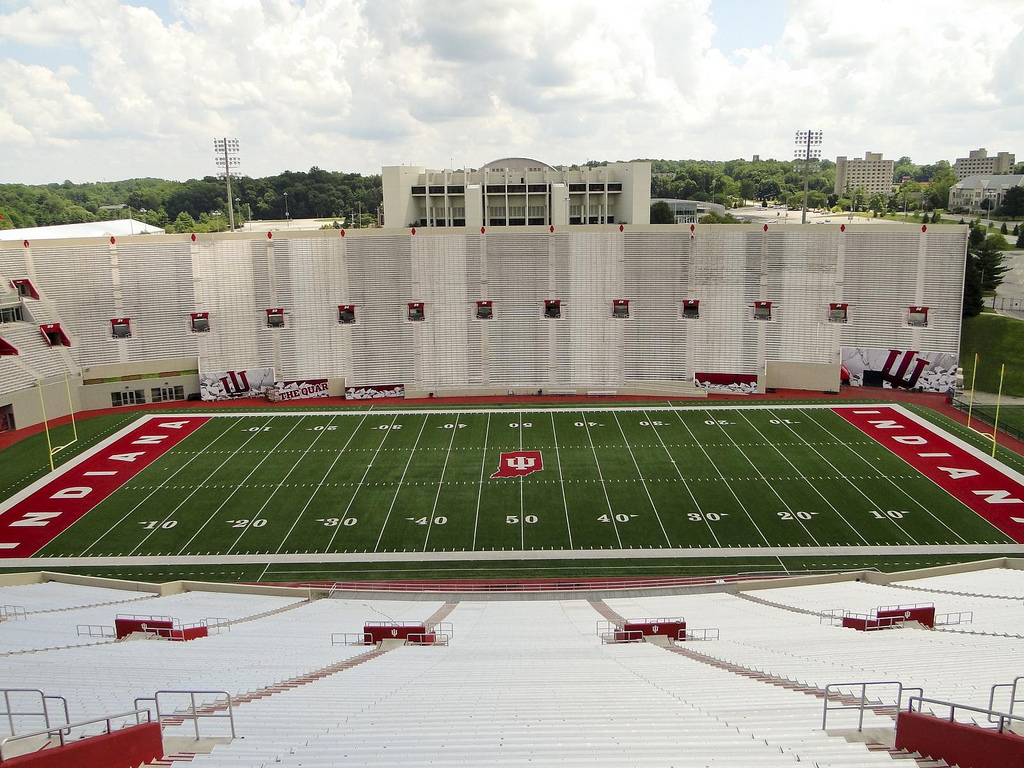 In 2005, head football coach Terry Hoeppner had a southern Indiana limestone boulder, nicknamed “The Rock”, installed in the north end zone as a new campus tradition.

This limestone boulder was found prior to Hoeppner’s first season at IU buried in the practice field. It was removed, put on a granite slab and moved to the stadium. The Hoosiers and coach Hoeppner walked out and touched the Rock before running onto the field at every home game during Hoeppner’s tenure as head coach.