BTN is on the air 24 hours a day offering more than 350 live events on the TV channel and streaming over 400 additional events in high definition.

Get BTN and all the Big Ten Network alternate channels, BTN+, FOX and FOX Sports 1 on FuboTV, an official partner of FOX Sports and the Big Ten. Plus get CBS, NBC, FOX regional games, NFL Network, Pac-12 Network and much, much more. FuboTV is the perfect streaming package for Big Ten football fans, get every Big Ten football game live stream. Get a free 7 day trial and free preview of Big Ten Network here. 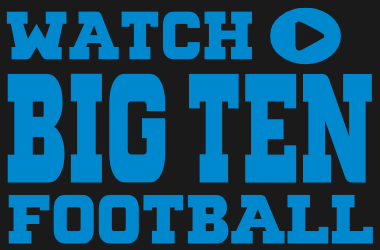 Every Big Ten Network football game will be available on BTN2Go. If BTN is has three games on at the same time, but there are only two on TV, you can find the other game streaming on BTN2Go.

Also, sometimes football games are aired back to back on BTN, if the first game goes over its time limit when the second game starts, fans can get the other game on BTN2Go. Never miss another second of your favorite Big Ten games.

Sometimes you may be at work or too busy to watch the Big Ten Network on TV, now you can get live streaming Big Ten sports action online through three unique platforms that are included with your subscription to BTN:

As a bonus, no other sports network gives nearly as much coverage to women’s sports as the Big Ten Network. Every year BTN produces over 500 women’s sports events: including basketball, hockey, golf, lacrosse, rowing, soccer, softball, swimming, diving, tennis, track and volleyball matches.

In fact, in the past year the Big Ten Network grew 20 percent over last year with nearly 550 women’s sporting events.