The Pennsylvania State University football team is known as the Nittany Lions. Penn State fields varsity teams in the NCAA Division I FBS and is a member of the Big Ten Conference. Official Penn State colors are navy blue and white.

Penn State has a large football following and attracts thousands of visitors to its campus. The surrounding area is known as Happy Valley for tailgating and games on autumn Saturdays in Beaver Stadium. Beaver Stadium is the second largest college football stadium in the country with a seating capacity of 106,572.

Penn State has earned a reputation as Linebacker U for the number of high-quality linebackers trained. Penn State won National Championships in 1982 and 1986, both under legendary football coach Joe Paterno. James Franklin was hired as the Penn State football coach on January 11, 2014. 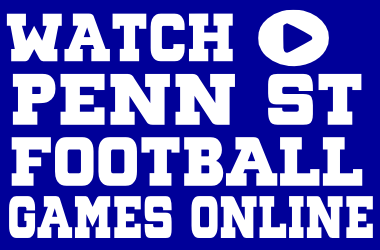 The home of the Penn State football team is Beaver Stadium. The stadium opened in 1960 and holds 106,572 fans.

The most popular message board forums for Penn State football are The Lions Den, NittanyFootball.com, and Fight on State, a member of the Scout.com network.