Capital One Field at Byrd Stadium is a college football stadium on the campus of the University of Maryland in College Park, Maryland. It is the home of the Maryland Terrapins football team, a member of the Atlantic Coast Conference. Byrd Stadium is named after Harry Byrd.

Byrd Stadium was built in 1950 and has a seating capacity of 54,000. Expansion plans are in place to add another 8,000 seats, luxury suites, and video boards. On a clear day, it is possible to see the top of the Washington Monument from the top of Byrd Stadium. 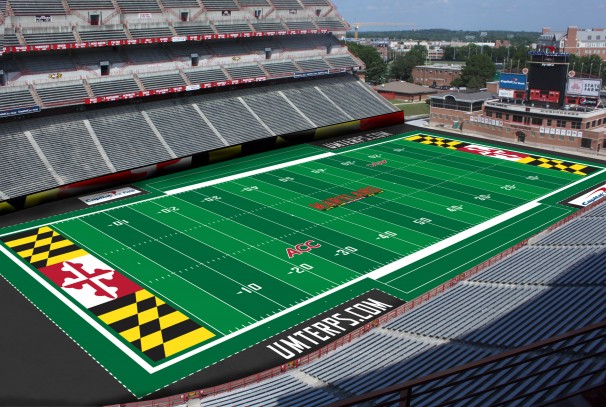 In 2012, a new field turf was installed in Byrd Stadium. Called Cool Play, the new turf is fifteen degrees cooler than fields that contain traditional rubber infill. Players have gone on record stating that playing in Byrd Stadium on hot gamedays in September feel like playing on cool gamedays in October.

The same Terrapins have said that getting tackled on Cool Play does not hurt as much as on grass.