After the addition of luxury boxes and club seating in 2004-2005, the capacity of the stadium grew from 72,027 to 75,005, though it has frequently held more than 80,000 fans, making it the Big Ten Conference’s sixth largest football stadium. 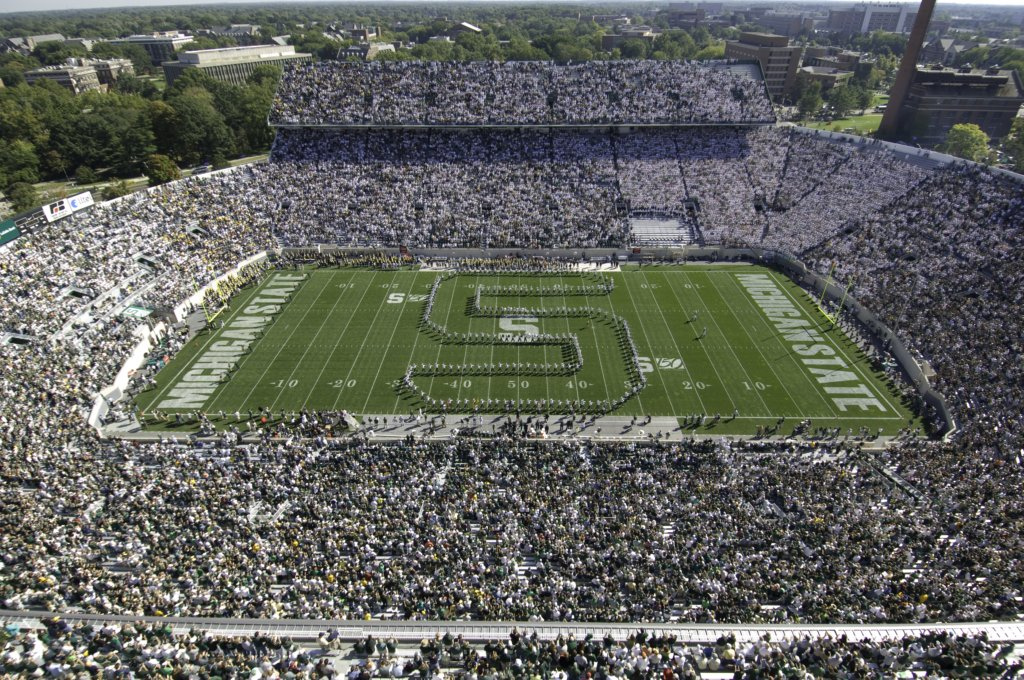 Spartan Stadium has been recognized as the 8th most scenic college football venue in the country. Home to one of the top turfgrass research programs in the nation, Michigan State installed a natural grass field in 2002, replacing the artificial turf.

The Spartans have ranked among the NCAA’s top 20 in attendance each of the last 47 years.