Find the most popular University of Nebraska fight songs and cheers. Download your favorite Cornhuskers ringtones for your cell phone, iPod, iPhone or Android. Get the Dear Old Nebraska U ringtone for your cellphone.

With our Big Ten football ringtones, fans can listen to their favorite Big Ten school fight song, alma mater and all the cheers associated with all the greatest athletic teams in the nation. Get free Nebraska Cornhuskers ringtones at Big Ten Football Online and listen to the best fight music ever made. 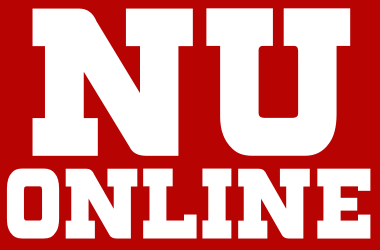 Hail to the team,
The stadium rings as everyone sings,
The Scarlet and Cream.
Cheers for a victory, echo our loyalty;
So, on, mighty men,
The eyes of the land, upon every hand
Are looking at you.
Fight on for victory
Hail to the men of Nebraska U.

Come a runnin’ boys
Don’t you hear that noise like the thunder in the sky
How it rolls along in a good old song
From the sons of Nebraski.
Now it’s coming near with a rising cheer
That will sweep all foes away,
So with all our vim
We are bound to win and we’re going to win today.

March of the Cornhuskers

Rally Huskers, glory waits for you,
Rally Huskers, show what you can do
Fight! forever, Oh! You team,
For the scarlet and the cream,
Go! Gang Go!
Rally Huskers, rally one and all.
Fight on, Huskers, hear Nebraska call,
Listen to the battle cry,
Of Nebraska U. N. I.