Download your favorite free Penn State ringtones at Big Ten Football Online. Penn State has the best fight music in the conference, get ready to listen to your heart’s content.

With our Big Ten football ringtones, fans can listen to their favorite Big Ten school fight song, alma mater and all the cheers associated with all the greatest athletic teams in the nation. Get free Penn State Nittany Lions ringtones at Big Ten Football Online and listen to the best fight music ever made. 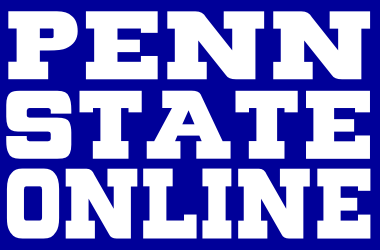 Every college has a legend, passed on from year to year,
To which they pledge allegiance, and always cherish dear.
But of all the honored idols, there’s but one that stands the test,
It’s the stately Nittany Lion, the symbol of our best.

Chorus:
HAIL! to the Lion, loyal and true.
HAIL! Alma Mater, with your white and blue.
PENN! STATE! forever, molder of men (and women),
FIGHT! for her honor — FIGHT! — and victory again.

Indiana has its Hoosiers,
Purdue its gold and black.
The Wildcats from Northwestern
and Spartans on attack.
Ohio State has its Buckeyes,
Up north, The Wolverines.
But the mighty Nittany Lions,
The best they’ve ever seen.

There’s Pittsburgh with its Panther,
and Penn her Red and Blue,
Dartmouth with its Indian,
and Yale her Bulldog, too.
There’s Princeton with its Tiger,
and Cornell with its Bear.
But speaking now of victory,
We’ll get the Lion’s share.

For the Glory of Old State
For her founders strong and great.
For the future that we wait,
Raise the song, raise the song.

Sing our love and loyalty,
Sing our hopes that bright and free
Rest, O Mother, dear with thee
All with thee, all with thee.

May no act of ours bring shame
To one heart that loves thy name,
May our lives but swell they fame,
Dear old State, dear old State.