Camp Randall Stadium is the home of the Wisconsin Badgers football team, and is located on the west side of the University of Wisconsin campus in Madison, Wisconsin.

It currently seats 80,321 and is widely known as one of the premier American football venues in collegiate athletics. 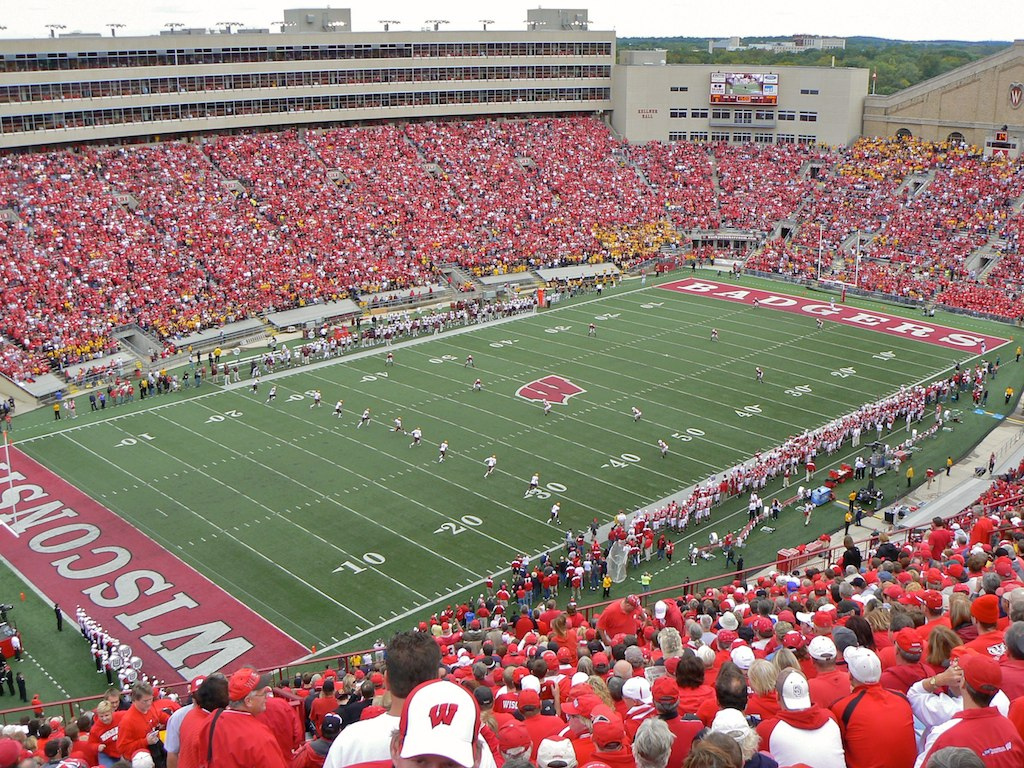 It is the oldest and fourth largest stadium in the Big Ten Conference. The stadium received its name because it lies on the grounds of Camp Randall, a former Union Army base during the American Civil War that was eventually absorbed by the University of Wisconsin campus.

The camp was named after Governor Alexander Randall.